If you want to watch this message instead of read it, here's the video.

What's so cool about this is it's a huge first. This is more than a commitment to zero carbon or carbon neutral. What Microsoft is adding is this idea of rewinding, taking carbon dioxide out of the air that they already put there.

Microsoft today also announced a $1 billion "Climate Innovation Fund" to work on carbon removal and carbon neutral technologies. You might think this was something that was already happening, people were already working on, but this is the biggest announcement EVER about carbon removal plans. It's such validation at the corporate, global, and innovation level ($1B!).

I went to a party in San Francisco last night full of all these other startup founders. It was cool to show people the Negative bracelet prototype, when they grab onto it they get it really immediately. "All this climate stuff, I've heard about it for years, I've seen the documentaries, but this is the first time I can actually hold it. It's so cool to that coming to life."

Rewinding is a really powerful concept. It's great to see Microsoft get on board and take the lead. I'm more excited than ever about showing other people how they can go Negative too.

Let me know what you think about this announcement. Do you have any ideas to go after the new fund? Do you want to rewind your carbon? 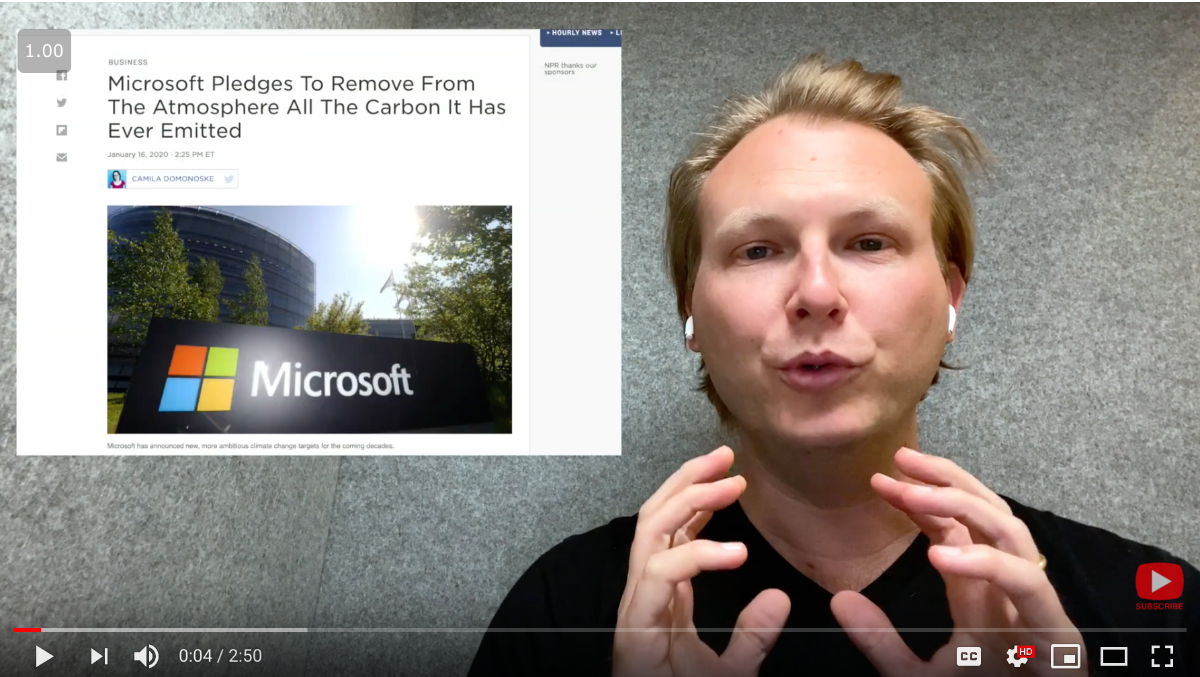