Climeworks + CarbFix on the cover of WIRED! 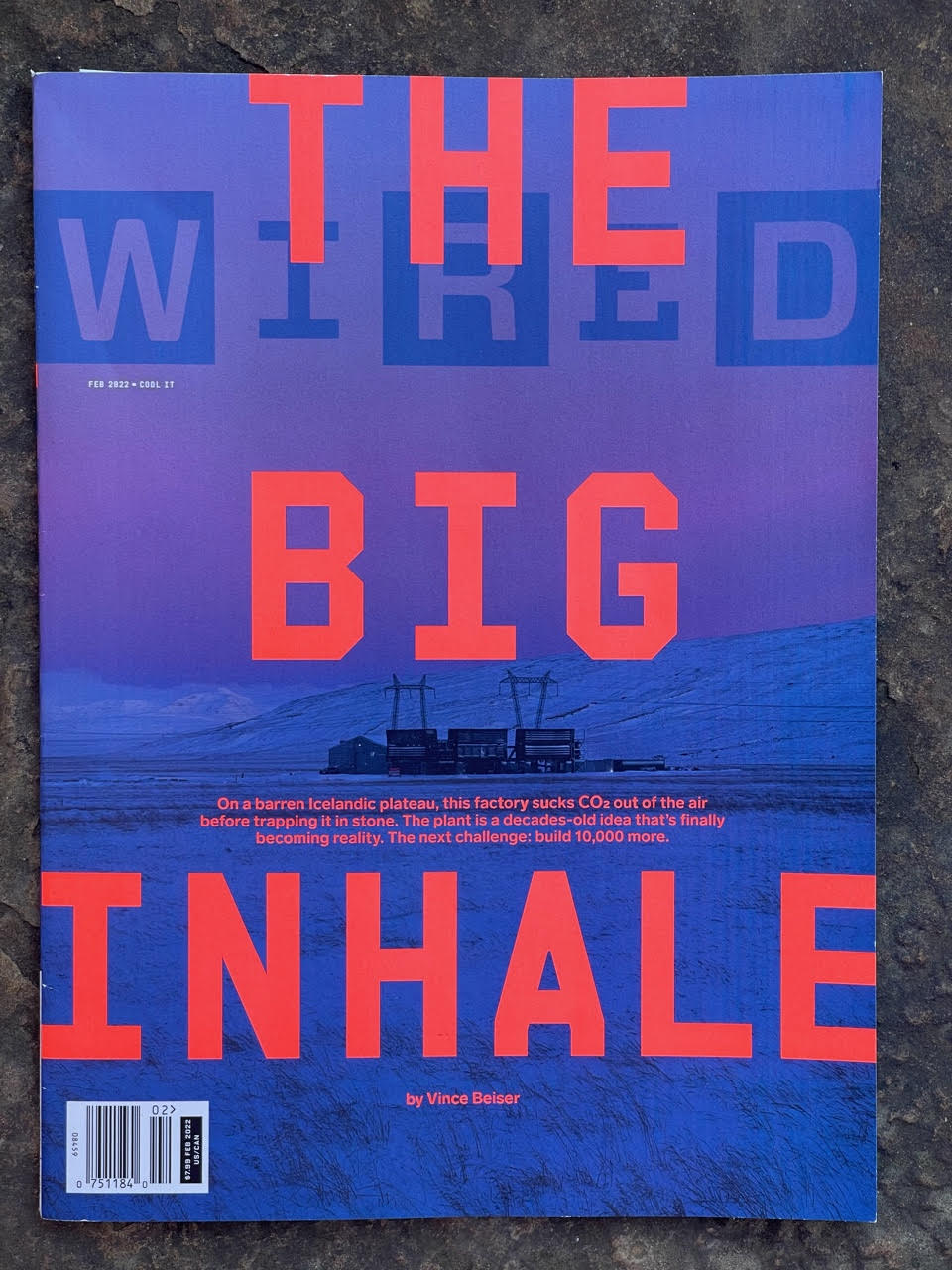 When I heard that Climeworks and Carbfix were on the cover of WIRED magazine this month, I headed to Barnes and Noble and got myself a copy. (video version of this message here)

"The Big Inhale" features Climeworks + Carbfix facility right on the cover. The subtitle is "On a barren Icelandic plateau. This factory sucks carbon dioxide as the air before trapping it in stone. The plant is a decade's old idea that's finally becoming a reality. The next challenge build 10,000 more."

Carbon removal is popping up everywhere it seems. My partner thought she heard about carbon removal on The Daily Show with Trevor Noah (did you see this?). With all this there's millions of people hearing about carbon removal for the first time. Imagine a teenager cracking open WIRED and getting curious about direct air capture.

This kind of media coverage is one sign of a maturing industry. I also see the industry maturing on the ground at AirMiners Launchpad in three ways:

1. AirMiners as Customers
In the first phase of carbon removal, many startups tried to do it all: capture, storage, products, and verification. The newest startups look to find their place in a budding industry. They see other air miners as potential customers and partners.

One of the latest AirMiners Launchpad teams is taking this principle head on. Their basic premise is that a bunch of the other teams could be their partners or suppliers. They're starting by interviewing them to see what they need. That's new! In the first 2 batches teams helped eachother but never said "hey, I want you all to be my future customers, let's talk."

Another example of this approach is the new partnership between Moat and CarbonCure. Moat is a batch #1 AirMiners Launchpad company, and Rob Niven, the CEO of CarbonCure, was a guest lecturer for batch #1 and #2. Now these two companies are now working together to get to gigaton scale carbon removal. You can you can read more about Mote + CarbonCure in the press release here, "World’s First Carbon Removal Plant Converting Wood Waste to Hydrogen".

Carbon removal needs specialization to build an industry. One company won't do it all. Like the computer industry has Intel, Samsung, Apple, and hundreds of other players, so will gigaton scale carbon removal. Climeworks + Carbfix, Mote + CarbonCure, this is the beginning of a gigaton scale industry.

2. Carbon removal everywhere
Another example of maturity is simpler - there's more teams than ever, spread out all over the globe. To help teams accelerate eachother's progress, we put teams of 3-4 startups into groups by what time zone they're in. The last two batches were organized more by topic (i.e. a group of direct air capture related companies). In batch #3 there is a African/European timezone group, USA Eastern, and USA Western. Get out there, find out who is in your time zone, and get connected!

3. Jobseekers in droves
Complementing this rise in interest there's a ton of new job openings in carbon removal. I bet plenty of people who read the WIRED article will be looking for their next job in carbon removal. The AirMiners #job_postings channel is more active than ever. The AirMiners event "How to Find a Job in Carbon Removal" (recording here on YouTube) was packed with jobseekers. Canary Media covered the event in their article: "The buzz around carbon removal is drawing jobseekers in droves" with quotes from Heidi Lim who moderated the event, plus Cara Maesano, Freya Chey, and AirMiners Event Director Jason Grillo.

Congrats to the team at Climeworks and Carbfix on capturing the world's attention!